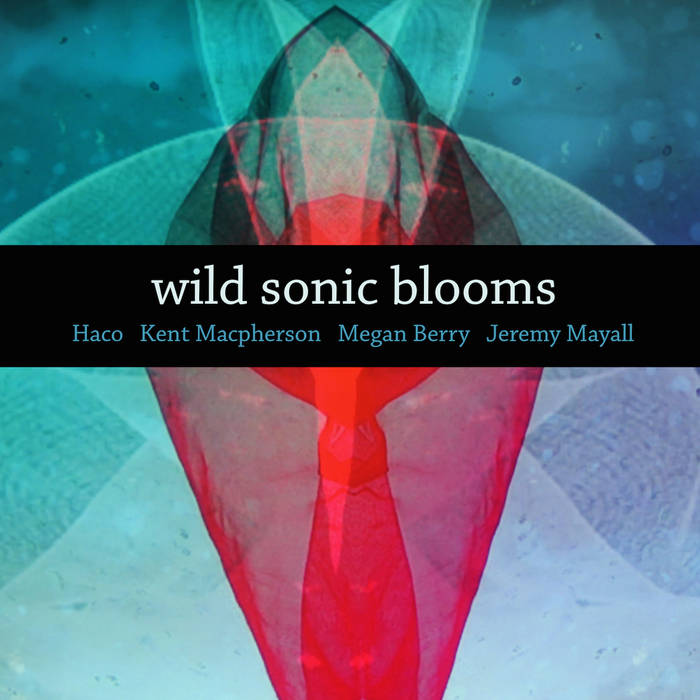 Wild Sonic Blooms is a collaboration between Haco San, the famous Japanese composer, vocalist, electroacoustic performer, sound artist, and founding member of After Dinner (1981-1991) and Hoahio and 3 New-Zealander artists and teachers from the Wintec school of Media Arts Waikato Institute of Technology.
They invited Haco San to perform a semi improvised one hour set which was the base for a video performance at Ramp Gallery, Hamilton, NZ - 11.12.2016, by Jeremy Mayall, Kent Macpherson, Megan Berry, and Haco.

Kent worked with Haco first in 2012, where she was invited to collaborate with him as part of the Spark international festival of music, media, arts and design. They performed the work 'BugLoop' in Hamilton New Zealand. A multimedia sound art improvisation centred on water as its source. You can watch the full experience here.
As part of his 2016 research outputs, Kent applied for a research grant to bring Haco to NZ once again to collaborate with a larger group of musicians. They spent 2 days in Studio A at the school of music (Wintec), recording over 6 hours of music. Also 2 live performances were realised on the same day and captured on film. The afternoon performance is the recording you are experiencing through this release.

Haco is a Japanese singer, composer, multi-instrumentalist and sound artist, known for her work with After Dinner and Hoahio, among others.
Following formal studies in acoustics, electronic music and recording technology in 1980, Haco came to international attention fronting the group After Dinner (active between 1981–1991).
Haco released her first solo album in 1995, and embarked on her first solo European tour a year later. More recently, Haco has worked with various groups and has recorded or performed with countless other artists, such as Otomo Yoshihide.
In addition to her more conventional album releases Haco has also worked in the fields of sound art or curating exhibitions and installations and establishing the sound art project View Masters.

Jeremy Mayall is a Composer/Producer/Performer originally from Hamilton, NZ. He likes to refer to himself as a “Creative Collaborator” and was the Mozart Fellow (composer-in-residence) at Otago University for 2014-2015.
His most recent work has been focussed on the exploration multimedia, multisensory, interdisciplinary projects. Various collaborations have included musicians, dancers, poets, silks performers, theatre practitioners, scientists, perfumers, bakers, authors, sculptors, filmmakers, pyrotechnicians, lighting designers and visual artists.

Megan Berry is a composer and performer based in Hamilton, New Zealand. She has released two albums with her indie-folk band, The Heartbreak Kids. She teaches Music Theory, Performance and Songwriting in the Music Department at the School of Media Arts, Waikato Institute of Technology.

Made possible with the support of Wintec Research Fellowship 2016